Why Is Mona Lisa One Of The Most Famous Paintings? 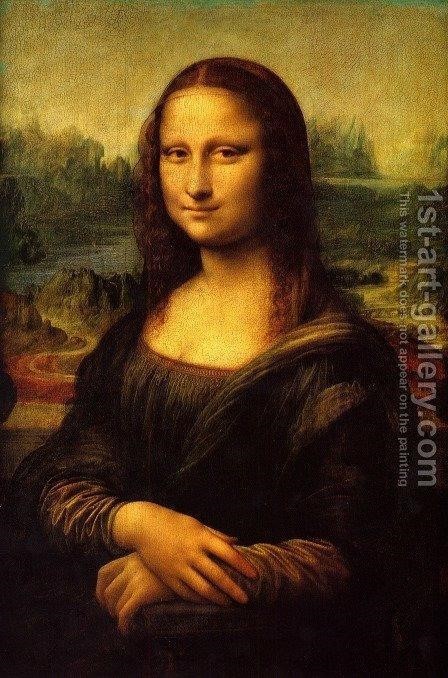 The half-length portrait painting of ‘Mona Lisa’ by internationally revered Leonardo Da Vinci masterpiece that has been successful in captivating the attention of each audience, ever since its completion!  Considered as the prime archetypal epitome of the Italian Renaissance, the oil painting of Mona Lisa is also one of the earliest examples of Italian portraiture.

Also, known as the Gioconda artwork, this skillfully rendered works of art is world-renowned for its incredible iconography, mysterious subject, and the interesting history. It might surprise you that this masterpiece has been title not just the best known and the most visited but also the most written about and the most parodied artwork all across the world.

Shrouded in mystery the history of Mona Lisa is full of history. From the identity of the model to the individual who commissioned the portrait to how long did Leonardo keep the painting, there are several aspects of the masterpiece that’s unknown to the world.

The painting of Mona Lisa is full of fascination and has been the topic of ongoing investigation since its completion. From the technique that has been implemented to the enigmatic expressions of the model to the imaginary landscape as the background, the masterwork is not just an ordinary painting but a pure work of ingenuity.

Leonardo da Vinci worked intermittently worked on the painting in between 1503 and 1519; the stunning chef-d’oeuvre was painted as oil on wood that measured 77 x 53 cm.

While there is no concrete evidence that reveals the identity of the subject in the masterpiece, there are many theories regarding the sitter’s unproven identity. One of the widely accepted theories states the subject is the wife of Francesco del Giocondo. The second one mentions that the oil painting is of Leonardo da Vinci himself as a woman. Yet another hypothesis mentions that the sitter is none other than Da Vinci’s mother.

One glance at da Vinci marvel and you will observe a graceful figure shown at half-length, sitting in the armchair in a gallery with some open sides. This led to the creation of the imaginative landscape to create a perfect background for the extraordinary work of art. The innovative approach of da Vinci to have the gallery or studio with open sides inspired famous contemporary Raphael in his portrait ‘Young Woman with Unicorn’.

The seemingly isolated landscape adds to the mystery of the painting as a difficult technique famously referred to as ‘sfumato’ is used to create the forms without defining any demarcations using lines or borders. Instead, it results in shapes the objects in the manner of smoke or beyond the focus plane.

Incredible Landscape as the Backdrop

Did you know that this is one of the very first portraits to illustrate the model right in front of the imaginary background and have an aerial perspective? You will see the winding roads and a distant bridge that represents the people’s presence. There is also the portrayal of wild terrain of rocks and water receding to the icy mountains.

Even the immaculate application of the color has been lauded by art historians, researches, and critics. The multiple layers of thin oil glazed during regular intervals clearly visualize the blurred outlines and dramatic contrasts of light and dark.

Mona Lisa’s mysterious expression has been the talk of the town for ages for the creation of atmospheric illusionism. You must be aware of the fact that the bewitching gaze makes most of the audience feel that they are followed by the model across the room. However, what you may be oblivious to is that the expression is the visual representation of the idea of happiness that’s suggested by an Italian word ‘Gioconda’ which is another name of this emblematic masterpiece- La Gioconda da Vinci!

That’s not all! The painting also demonstrates the immense knowledge Leonardo da Vinci has regarding science and human anatomy. The evidence to this is the feeling you get that her eyes are watching your every move.

Also, to ensure that the smile was there all the time, from the beginning to the end, Leonardo da Vinci had a group of musicians play to keep the ambiance light as well as the subject entertained during the process.

What More, You May Ask?

The subject is seen wearing a dress designed in the Florentine fashion of good old days. Even the delicate veil that she has on her hair has been a topic of discussion. While some believe it to be a mourning veil, others believe it’s a part of the attire that marks virtue. The sleeves and the pleats of the gown also show how observant the old master ‘Leonardo da Vinci’ was when it comes to taking care of minutest details with inexhaustible patience.

No matter from what angle you look at the painting, you will be intrigued by this masterpiece. And the sense of harmony radiated by this internationally worshipped painting makes this artwork and enduring record of Leonardo’s vision.